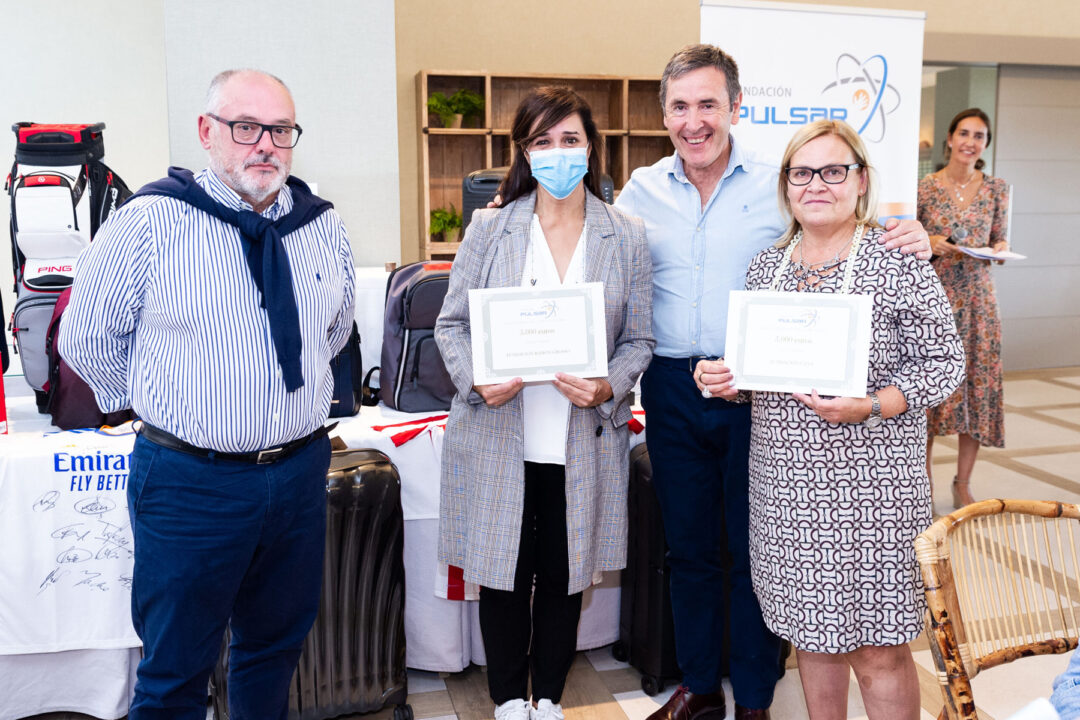 On Friday, as on previous occasions, the Valdeluz Golf Course became the setting for the tournament which had the weather as an ally, and provided a splendid morning of golf for the 70 participants.

A figure between, 59 in 2016 (from the first edition) to 108 in 2019, undoubtedly allows the organizers to continue betting on this initiative that has been so well received edition after edition.

The day began with the delivery of accreditations, which took place around 8 in the morning, and the tournament started at 9.00.

The organization had prepared an introductory course for all those who, although they do not play golf, want to collaborate with this cause, thus giving them the opportunity to start practicing it. Eleven were the people who participated in it.

Around 2:00 p.m., as the different confrontations were completed and the course ended, all the participants headed towards the clubhouse and, after occupying the different tables set up for that purpose, they tasted the cocktail and the lunch that was presided over José María Alaña and Miguel Míguez, presidents of Fundación Pulsar and 2B Soluciones respectively. After lunch, the prizes were awarded to the winners. After that, with the gifts donated by companies and individuals, as one more way of supporting this solidarity event, a charity raffle was held among all the participants.

Foundations
The Caná Foundation unfolds its activity in Pozuelo de Alarcón, from the Santa María de Caná Parish, and aims to help people with disabilities and their families. The Ramón Grosso Foundation, for its part, fulfills the objective of helping children with any type of disability, both intellectual and physical, and those who live at risk of social exclusion for some reason, all through sport.

← Collaboration with the Bakuva Foundation in the training of young people at risk of exclusion Pulsar Foundation joins re-planta madrid, the initiative that will carry out a massive replantation of trees to recover the damage caused by filomena →