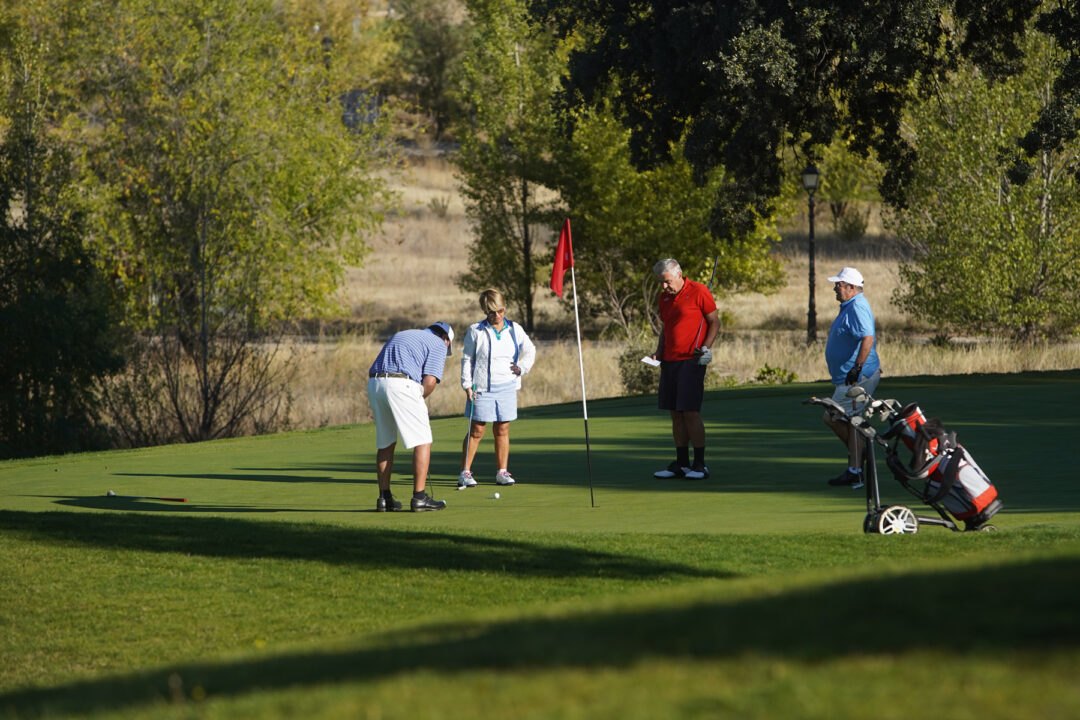 The Valdeluz Golf Course once again became the setting for this charity tournament.

With 107 players and 187 diners. The profits, which amounted to 10,000 euros, were shared equally between the Pablo Ugarte and Ramón Grosso foundations.

The day began with the delivery of accreditations, which took place around 8 in the morning, and after having the breakfast served by the organization, the attendees began the tournament, starting around 9 in the morning. For all those who do not play golf and wanted to collaborate, the organization had prepared an introductory course, giving them the opportunity to start practicing it. Eight were the people who participated in it.

Around two in the afternoon, as the different confrontations were completed and the course was over, all the participants headed towards the clubhouse. After the cocktail, lunch was held, which was presidied by José María Alaña and Miguel Miguez, presidents of Fundación Pulsar and 2B Soluciones, respectively.

After lunch, the prizes were awarded to the winners.

After that, with the gifts donated by companies and individuals, as one more way of supporting this solidarity event, a charity raffle was held among all the participants.